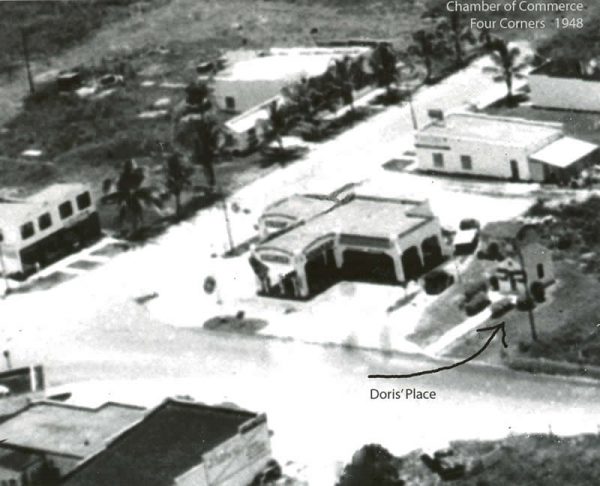 With the rise of the automobile industry in the early twentieth century also came the beginnings of what we now call “road trips.” It was the ability to get farther faster that helped build Florida’s vibrant tourism industry.  Roads were built for cars to travel north to south on both the west and east coasts of Florida, but getting across the state involved taking roads that were more suited for horses than cars.

In 1915 business owners from Miami, Naples, and Fort Meyers met with Florida state officials to propose a cross-state roadway that would bridge Miami, in the east, and Tampa on the west via Naples. This route would aid in boosting the state’s tourism economy and allow drivers to travel safely across the state. Thirteen years later, in 1928, the Tamiami Trail— named for its terminal cities, Miami and Tampa—officially opened.

Today, the Tamiami Trail, also known as U.S. 41, is a fun 275-mile route of the beautiful, southern area of the Sunshine State from Miami to Fort Myers.  Make an exciting day-trip by driving the 112 miles of the Tamiami Trail between Naples to Miami. Whether you begin or end in Naples, the trip across the state to/from Miami is filled with sights that are uniquely Florida.

Here are some of our favorite must-see destinations along the way! 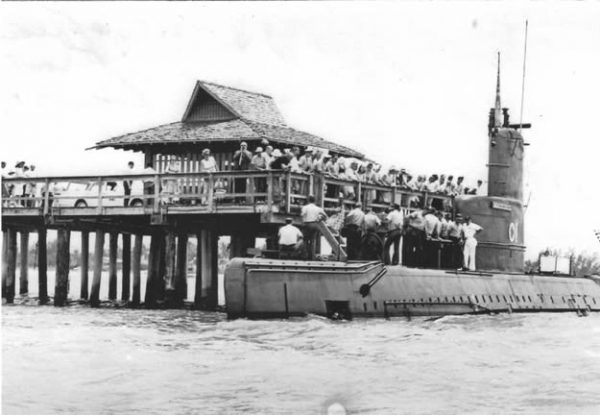 It isn’t a trip to South Florida without a stop at the Everglades National Park. Visitors can enter the park off of Tamiami Trail at two entry points: Everglades City (Gulf Coast Visitor Center) and Shark Valley.

Enter the park from Everglades City (roughly 45 minutes from Naples) to experience the 1.5 million acres that are home to a wide diversity of vegetation and eco-systems, as well as abundant wildlife including turtles, amphibians, and deer. Take an airboat tour to travel through the sawgrass filled waters and even sneak a peek of the crocodiles that make the Everglades home. Join a National Park Service Ranger tour or glide in quiet solitude along the mangroves in a canoe.

Approximately 70 miles east of Naples, take the Shark Valley entrance to view the Everglades residents roam freely in their natural habitat. Walk or bike (rentals are available on-site) on the paved 15-mile loop road. Get a great view of 20 miles of the Everglades from the 45-foot high observation tower or take a tram tour from the comfort of an open-air tram. Though you won’t actually see any sharks, be on the lookout for alligators that routinely cross over the trails and paths of the park! No matter how you do it, there is a lot to cross off your Everglades’ bucket list! America’s first national preserve, Big Cypress consists of 729,000 acres of a freshwater swamp ecosystem, as well as a habitat for panthers in south Florida. Guests can take advantage of the variety of educational exhibits about this national preserve, take scenic drives, and visit several of the viewpoints and boardwalks along the mangrove canals to see wildlife including birds, fish, turtles, and more.

Plan a visit a night as the Big Cypress National Preserve and enjoy a view of the Milky Way! The preserve has been designated one of approximately 120 International Dark Sky Places, in the world. Guests can view planets and thousands of stars with only the naked eye without the intrusion artificial light from urban communities.  This natural light show is worth the visit all on its own!

As you are leaving Big Cypress, look for the…oops, you missed it!  The Smallest Post Office in the United States is less than two miles east of the national preserve and a “blink, and you’ll miss it” stop on the Tamiami Trail.

This United States Postal Service location is a full-service post office, complete with a postal clerk to handle all mailing services. In 1953, a fire destroyed the previous Ochopee post office, housed in a  nearby general store. Afterward, the seven feet by eight feet shed—which had been used to store irrigation pipes—became the official post office.

Make sure to stop by so those postcards you are planning to send from your Florida vacation can receive the official USPS stamp from this unique location!

With a population of only 129, Ochopee, Florida has plenty of can’t-miss destinations, including one that should be one of Mulder and Scully’s X-Files!

The Pacific Northwest has Bigfoot, Tibet has the Yeti, and the Florida Everglades has the Skunk Ape! The Official Skunk Ape Research Headquarters, located in downtown Ochopee, is a popular roadside attraction for those who “want to believe” and learn about this hairy (and stinky) mammal that roams the area.

Stop by and talk to Dave Shealy, who has been investigating this elusive, seven feet tall creature for more than 30 years.

Learn about the Miccosukee Tribe of Florida when you make a stop at the Miccosukee Indian Village. This living museum provides visitors a glimpse into the Tribe’s rich history and culture through historical documents, archival photographs, and artifacts.

View live and interactive demonstrations of the Miccosukee arts and crafts for which they are known. Experience an alligator “wrestling” show—though it appears that the brave demonstrators are so gentle and respectful of the alligator that it isn’t what you might expect from a typical wrestling match. There you will learn how the alligators have contributed to the Miccosukee’s centuries-old traditions and rituals, as well as their current conservation efforts to protect them in the Everglades.

Don’t miss taking an airboat ride through the local swamps and get a glimpse of a traditional Miccosukee hammock-style camp that has existed for more than 100 years.

To learn more and view photos of the construction of the Tamiami Trail, as well as historic Naples, visit Naples Backyard History’s Virtual Museum:https://naplesvirtualmuseum.smugmug.com/Building-Naples-and-Surroundin/i-DxQjW7V

About the Author: Lemon Tree Inn

It has been heartwarming to read all the posts and

Lemon Tree Inn has been severely damaged by Hurric

Mandatory Evacuations are in place for select coas

Cheers to the weekend! Head over to The French Res

The perfect spot to start your week 🏖… 📸:

Just a few blocks from us is the vibrant 5th Avenu

Your own private nook. Who’s in? 🤚

When it’s time for a reset, we got you covered.

We got the perfect beach spot for you 🏖… 📸

Looking for some delicious food this weekend, @nap

Wind down your day in our garden.

Cheers to the weekend! What’s your go to drink?

You deserve a leisurely getaway… link in bio to

Play all day, stay overnight with us.